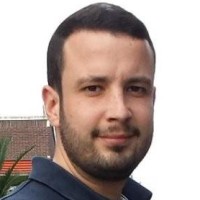 I first heard about Valet Plus while ago and have to admit that did not paid too much attention.

When you work in an agency every minute count and if your local environment does not work and you have to spend time fixing it you are dead.

If you come from an environment like Vagrant or Docker it is easier because everything is installed in a box or a container so you are free to play installing things in your laptop and if they don't work and you need to carry on working you can do vagrant up and continue the experiment in another time. Unfortunately that was not my case because, yes I use Vagrant for some of my projects but for the majority of them I use my local dev environment, in other words, Apache, MySql, Redis, etc. Everything Installed directly in MacOS.

This can cause some problems and when I first tried to install it I did not succeed so I ended going back to MacOS.

Recently I decided to give another chance. The following instructions summarise what I did to finally get it working.

First I uninstalled/deleted all the apps files related:

Make sure to fix any issue/warning highlighted by brew doctor.

Then follow the instructions to install Valet Plus and make sure it installs with no errors.

When I tried to browse a site I got an error saying something like:

After debugging I discovered that Valet tries to get config.json from $home/.valet/config.json but for some reason Valet created and filled the .valet/ directory inside /var/root/

I did not installed Valet using sudo and my $home directory was writable… so I don’t know why it does this.

I fixed the issue, creating a symlink from var/root/.valet to $home/.valet/

When running valet fix I got:

In my case there was a problem with openssl.

I fixed the issue by reinstalling openssl:

Although is already mentioned in Valet installation instructions, I think it is worth to mention it again. You need to make sure nothing is listening to port 80.

For that you can use

When running valet fix I got:

After debugging and search on Internet about it I discovered that this was an actual issue in the php repository used by Valet.

This one is quite easy. Just go to the homebre-php directory:

And get the latest changes in master branch: